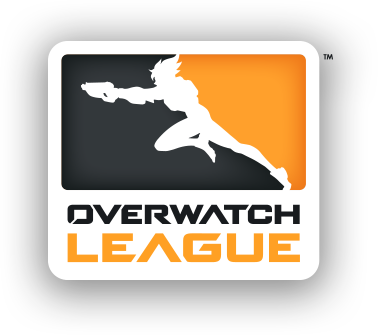 The official Overwatch League logo. Courtesy of Blizzard Entertainment available under CC BY.

Since its release, Blizzard’s Overwatch has taken the online shooter genre by storm; redefining the genre by combining elements of shooters with class-based multiplayer online battle arenas (such as the ever-popular League of Legends). For perspective, Overwatch became the first video game to ever dethrone League of Legends from its #1 “most played” position in Korean PC Bangs which are often used to gauge the popularity of multiplayer games.

Overwatch captured the masses immediately as the shooter hit a mechanical sweet spot that drew in many casual players looking for a bright, visually-appealing smorgasbord of gameplay. The money lies in the masses, but the world of hypercompetitive contests in gaming are all too tempting to many publishers producing multiplayer video game titles. eSports is the hottest trend for multiplayer developers to tap into and denying that opportunity for players (even if it is forced) is a denial of expansion into the future eSports market.

Rather than letting communities develop competitive leagues organically (per the original Starcraft: Brood War), developers are establishing self-governed leagues for the highest level of play in everything from the well-crafted League Championship Series by Riot Games to the Madden NFL Championship Series sponsored by the National Football League. It does not take a well-seasoned eSports professional to realize that not every video game has the skill ceiling and mechanics to support a professional league. Yet, the newest trend for many media publishing giants is to dive into this industry by throwing money into an established eSports league despite a history of careful community growth showing the greatest success (à la Starcraft).

With that being said, it came to nobody’s surprise that Blizzard decided to cash in on Overwatch’s popularity with the announcement of the Overwatch League.

What do I think as a member of the Overwatch community and as a fan of many forms of eSports? The Overwatch League is going to fall short of becoming the truly “global league” it claims to be. I think my lack of faith in Overwatch League stems from multiple sources. 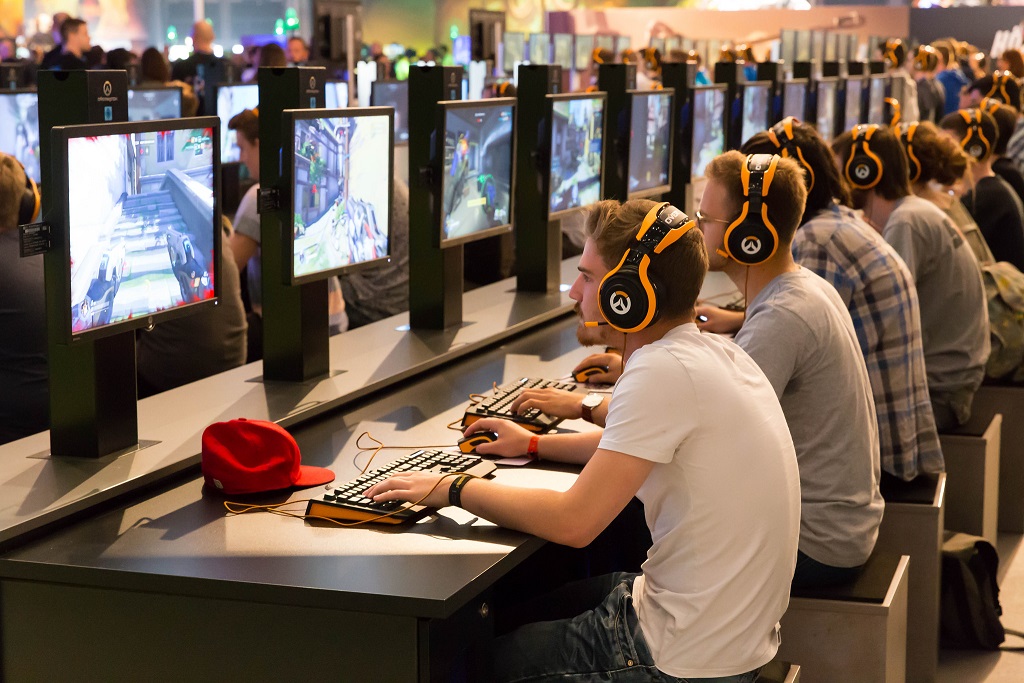 Overwatch being played in a LAN setting at Gamescom 2016. Courtesy of Marco Verch available under CC BY.

First off are the competitive mechanics of Overwatch. I personally don’t believe the individual skill ceiling can go much higher than its current state. The mechanics of the heroes are clearly aimed to bridge a gap between casual and competitive play rather than being geared purely towards difficult to master abilities. I truly believe that for the majority of heroes, the mechanics can be mastered quite easily along with aim due to the fairly generous hitboxes in comparison to other first person-shooters with successful competitive scenes. The professional scene as it is seems to be very geared towards heavy coordination while individual play benefits most from communication and game awareness. It all basically boils down to teamplay without much room for individual outplay due to a slightly lower skill ceiling at the benefit of a more fun game for more casual players (like myself).

Additionally, the Overwatch League’s focus on franchising seems to be repudiating the existence of smaller eSports organizations. As the reported franchise buy-ins are reported to amount to $20 Million USD per team, even the most successful organizations like Team SoloMid and Team Liquid are forced to seek venture capital investment or drop out of the Overwatch scene completely. Is this the next step for eSports in general? It is a shame to see smaller organizations that started it all in eSports by harboring a community of fair play and healthy infrastructure for its players be phased out due to money when they are able to thrive in so many other eSports communities that promote a minor league (ESEA Main, Premier, etc. for Counter Strike: Global Offensive and Challenger League in League of Legends). 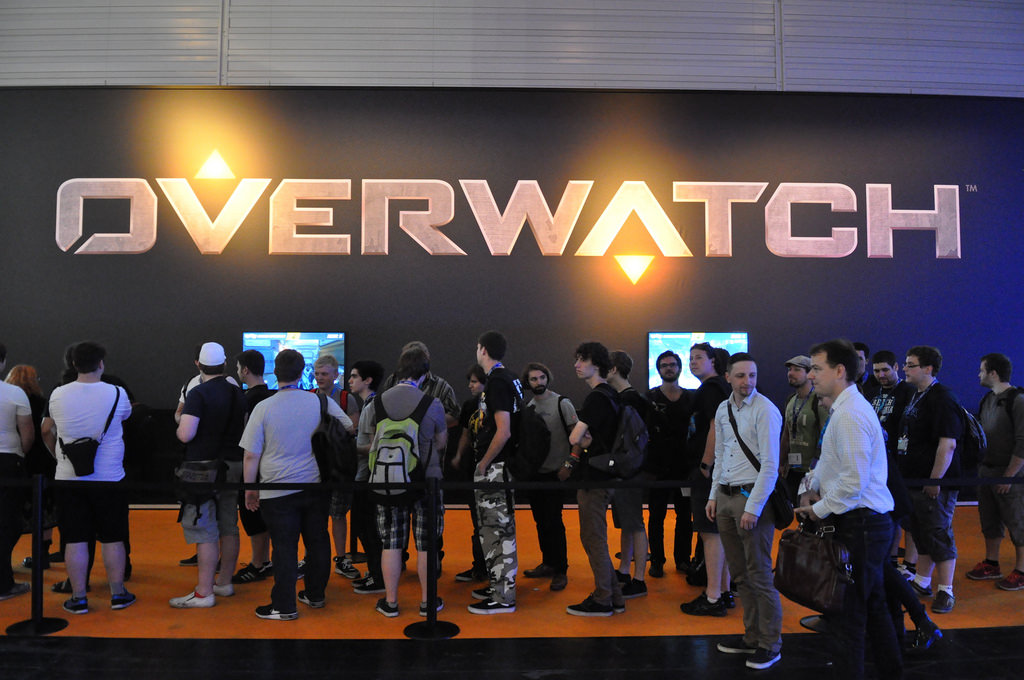 Overwatch fans waiting in line at Gamescom 2016. Courtesy of Marco Verch available under CC BY.

Nate Nanzer, Commissioner of the Overwatch League, has been one of the first to say that Overwatch League is built on the philosophy that amateurs playing at a high level can truly have the opportunity to rise to the top and play at the highest level on a professional team through this league. Of course, a lower-level league built to introduce those amateurs into Overwatch League’s farm system was established under the title of “Overwatch Contenders”. Thus far, Contenders has failed to even be advertised by Blizzard and the Overwatch team themselves. With just 12,142 live viewers on average, Overwatch Contenders falls far behind the viewership of developmental leagues of other eSports titles. If Blizzard does not offer exposure for their own league, how can a competitive base be built?

Overwatch League progression allows amateurs to form teams in the Open Division with the top teams advancing to Contenders with the chance of being picked up by a franchise for Overwatch League. Courtesy of Blizzard Entertainment®.

And what about the viewing experience of Overwatch itself? Like many semi-casual or competitive viewers have noted, the experience is uncomfortable to watch and often hectic to spectate even when compared to other visually profound eSports titles lacking clarity. This early failure of the simple spectating design has resulted in low viewership counts for the largest Overwatch tournaments and leagues thus far. OGN Overwatch APEX Season 3’s final between Lunatic-Hai and KongDoo Panthera garnered less than 100,000 live viewers at its peak despite showcasing arguably one of the most exciting sets of Overwatch to ever be played professionally. By no means are the number of live viewers a viable metric for solely measuring the success of an eSports league. However, it could be cause for concern if the most popular current league in Overwatch (APEX) cannot raise these numbers despite the huge number of people playing the game.

As a member of a small eSports community at a university where competitive gaming grew through community support with small LANs for games like Super Smash Bros. Melee, it is strange and disjointed seeing a company trying to promote Overwatch as a competitive game purely within their jurisdiction before even testing the waters of whether or not it has the standing to be a highly competitive eSport. It has only been a year has been officially released! eSports isn’t growing faster than Blizzard can handle, but the rate at which Blizzard wants competitive Overwatch to grow is faster than any community can handle. What’s even more strange is this community’s lack of care for the competitive scene. eSports posts are ignored by and larged when teams like Meta Athena are making wild plays that would impress any player.

I love eSports, but the lack of information combined with the direction Blizzard seem to be taking Overwatch League in is in a downward trajectory from my perspective. I’m hoping for the best but expecting the worst because I absolutely love the game and want it to succeed in the eSports world.