All People Are the Same, Only Their Habits Differ 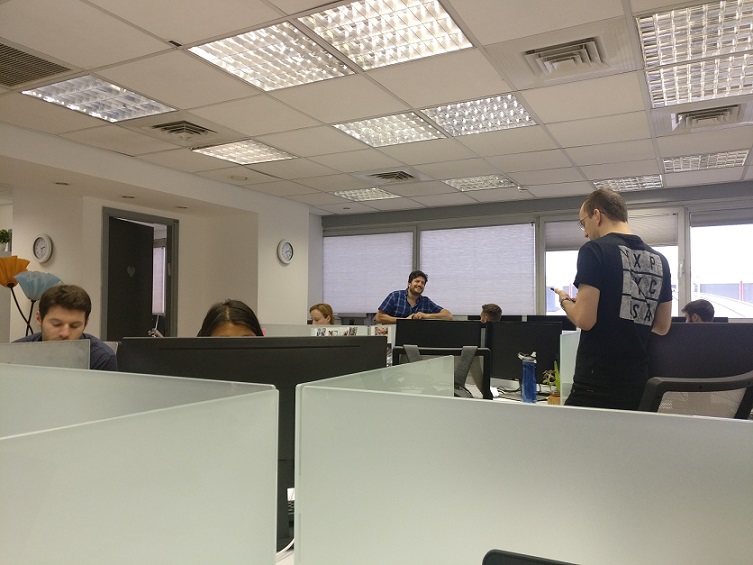 A typical view of the Dev Team office at Aidoc.

It’s difficult to speak on the full experience of interning in a foreign country while working on cutting-edge technology from a (mildly) technical and cultural perspective, but leaving out either POV would be doing a disservice to the experience at hand.

At this point, I’ll have interned at Aidoc Medical for three full weeks as a member of their software development team. At Aidoc, the dev team is small, tight-knit, and intently focused on shipping out their product as it is built for their specific purposes. Creating usable, revolutionary tech is no small feat in the medical world. With a host of restrictions from highly-secured hospital internet networks to limiting American HIPAA regulations, the 4-person dev team at Aidoc has to be clever in designing its technological architecture.

This dev team does not just code, they design and create. That is why the team is so intent on being software engineers rather than mere programmers. For this primary reason, Princeton’s COS courses have surprisingly prepared me well for working as an integral member of a startup dev team. It is not simply a matter of utilizing the correct SDK and searching through an API for juuuust the right method to apply to an algorithm.

Rather, Princeton’s curriculum gets students thinking critically about systems and applications (and sometimes even the mathematical underpinnings). Is it essential to have a highly theoretical Computer Science degree to succeed as a software engineer at a high-tech company? No. Does it help the decision-making process when making important systems decisions? Most definitely, yes. At Aidoc, I’ve been tasked with the responsibility of handling the infrastructure behind our servers and applications while creating these same structures as part of my projects.

But I digress. I’m here to speak on my experience in Israel, not just the experience of working at a software engineering internship that happens to be in Israel. 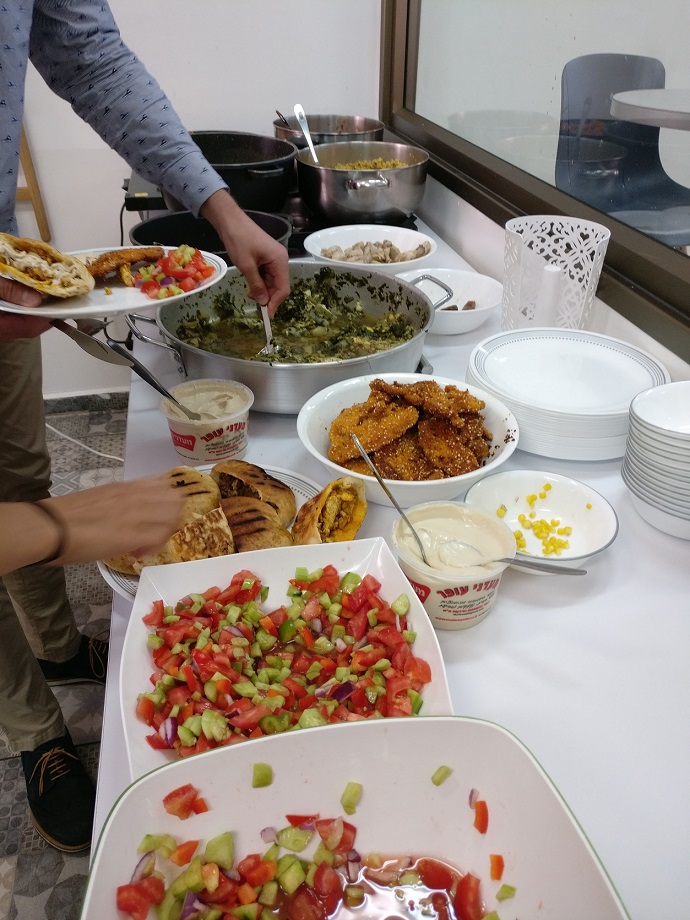 A delicious Israeli lunch created by the amazing cooks at the Aidoc office.

Before arriving in Israel, the single most-preached token of advice was “expect Israelis to be blunt”. For all that various programs and locals preach about the “Israeli straightforwardness” in order to prepare sheltered Ivy League university students, there is more similarity than one may expect half a world away in the Middle East.

At the end of the day, software engineers share similar customs, personalities, and attitudes toward technology and life no matter where you go around the world. Maybe that says more about the human condition than it does about the differences that can be observed between cultures. Once you dig deep and start speaking to Israelis on the hard topics, you may find that they share similar values but simply expressed in different ways based on their culture.

On one occasion, I spoke to one of my coworkers about his experiences as a software engineer in the Israeli Defense Force. When I asked him about the differences between software engineering at a startup versus doing the same at an intelligence unit in an army base, his answer was quite simple: “We programmed. The only difference was that we wore army uniforms while doing it.”

Whether you’re creating it for F-35 fighter jets or radiologists searching for tumors, geat code and great design is great in any setting. Software engineering is simply another way of bridging the gap between cultural experiences that seem to be incredibly different in every sense of the imagination. As mundane as it seems, it’s the little things that build bridges: Food, drinks, sports, and possibly even software engineering.