Sit Back, Relax, and Enjoy the Show 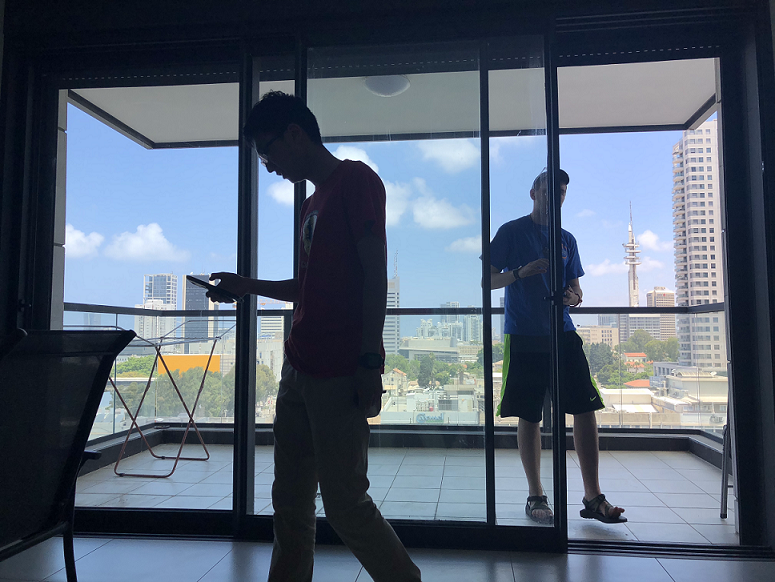 The future of a revolutionary Tel Aviv, always under construction. Marganit Tower looms on the right side, a constant reminder of the IDF HQ found underneath the streets of Tel Aviv.

It’s been an uncomfortable time in Israel, not because I failed to enjoy the culture that I was graciously offered, but because I have had to put aside these internal conflicts I have had with supporting a state that I don’t necessarily agree with on all accounts. I’ve become a stronger computer scientist and above all, mindful thinker over the past 10 weeks in Israel. It’s never quite been in my nature to actively love a state that denies its minorities of their right to have rights, to say the least.

How can I sit back and completely relax on my newly-constructed apartment balcony in the heart of Tel Aviv, less than a kilometer from the headquarters (HaKirya) of the Israeli Defense Force, when desperate struggles for power are being tested in Gaza?

For every community leader I met actively espousing the IDF’s efforts, there were equally consistent efforts to challenge my own perspectives. A common point brought by these leaders boiled down to distrust of the Western media and their portrayal of the conflicts in Gaza. To that, I can only agree as the beast and burden of media has existed since its introduction to the literate (and illiterate) world, and continues to hold true today. Sometimes what we see is not the whole truth, but it is still a truth.

Challenge those perspectives, they did. If anything, my opinion now holds stronger than it ever did before. Much like the United States, it is so incredibly easy to fall in love with the culture and the people surrounding Israel, yet the government does not seem to represent them accurately. This isn’t my battle to fight, but I can’t help but step across the sideline for however brief my frustrations last when thinking about the fruitless aggression.

It is sometimes hard to believe that just a stone’s throw away from where I was eating sustainably grown fruits and vegetables on the edge of the Negev Desert, there were protestors fighting for the wellbeing of future Palestinian generations. 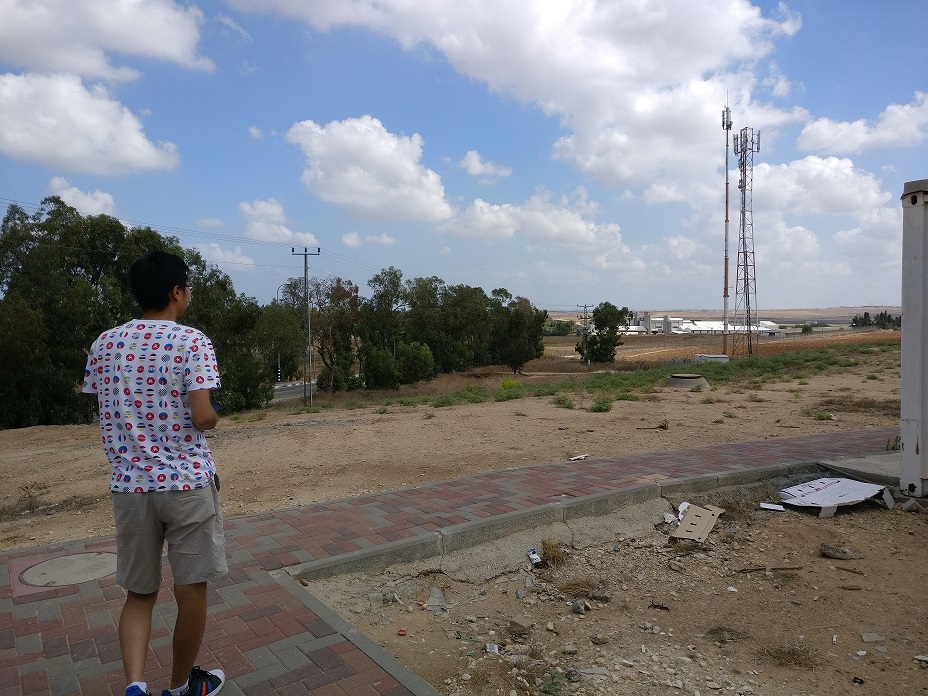 Peering towards Gaza while on an excursion. Deemed unsafe by Princeton University, we were forbidden from entering the area.

Thank you to all the Israeli chefs and business owners kindly offering me a taste of their world and letting my indulge in it from an outsider’s perspective.

Thank you to everybody on the Israeli side of the PSIP Israel program that allowed random Princeton students like me to take a deep dive into the realities of modern life in the Middle East.

I know I’ll return to Israel someday. When that someday is, I’ve yet to figure out. 10 years on? 20 years? The greater fear is what Israel will appear as when I do return. Do I even want it to look the same? There is so much beauty, yet just as much misunderstanding and conflict surrounding this tiny country at the crosshair of the Middle East’s troubles.

My only hope is that I can return to Ben Gurion Airport and file through the immigration lines without a hitch. Then I’ll take a train into the heart of Tel Aviv. Maybe as I walk past the Azrieli Center and towards Sarona I will see more of the diversity that can only be found near the Central Bus Station: Men and women of all creeds and colors sharing in the joys that Israel offers.