This post is a departure from the usual content found on my personal website. All thoughts and opinions are my own and not the views of my employer or institution. 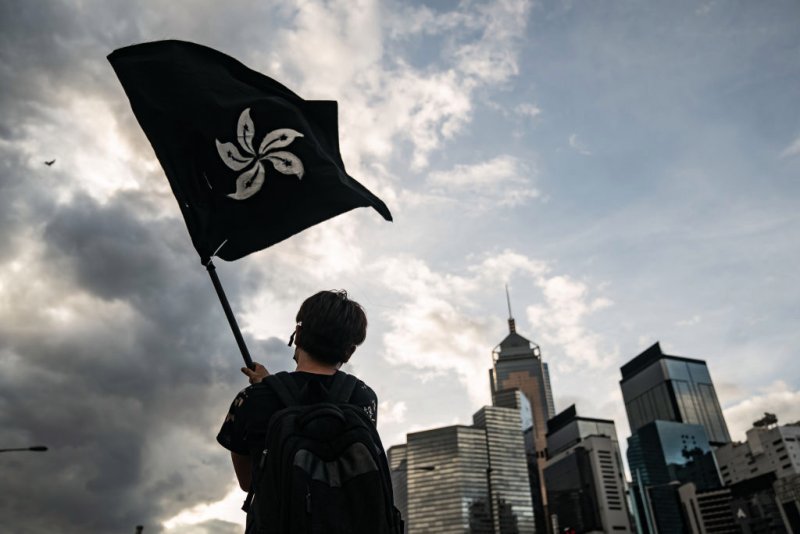 On Drawing Similarities Between the Suppressed Rights of Hong Kongers and POCs in America:

As a child of Cantonese-Vietnamese immigrants in the United States, my entire identity in mainstream rhetoric these days has been reduced to acting as a bargaining chip in the world. Is that so unexpected given the history surrounding my existence? Not in the slightest.

In Hong Kong, my people demand their rights to freedom from the Communist Party of China but are only used by the United States government as nothing more than a tool to up the ante during trade wars. In the United States I stand on the margins, unsure of what the role of the Asian American is as many seek justice for George Floyd and the many Black Americans that have been condemned to unjust living as a result of the police and government.

Despite being characterized as a negotiating item in multiple ways, it’s time to recognize this doesn’t have to keep being the case. What I can do is speak to my friends and family that are put in these awkward situations as the middleman, the bargaining chip, and the ones told to keep quiet in times of uproar. I can’t blame my fellow Asian Americans as it’s all we’ve ever known. But at the same time, we have to recognize there’s more that can be done besides sitting from the comfort of our homes and acting like progress will be enacted without our support.

In Vietnam, my parents and ancestors knew that to speak out for what you believed in also meant placing your neck under the guillotine and asking the executioner to cut to the chase. I know damn well that many of my friends and family come from a similar background. And if they didn’t grow up in this environment, their pre-history defined it for them.

In the United States, we (Asian Americans) have been placed in a position where White America has granted us various privileges while asking us to subvert our Black American allies. Luckily, one of those privileges is the ability to speak out on the state of society without major repercussions (which isn’t even a right my people in Hong Kong can enjoy).

On Racially Targeted Police Violence in America and its Connections to Hong Kong:

I know nothing about the trials and tribulations of living as a black man in America and I absolutely never will. It’s simply a fate I’ve been granted and there’s no way for me to understand it without living it. What I do know is that trying to downplay the actions of the angry and unheard as nothing more than violent movement doesn’t speak to the nuance of the contexts at hand.

In Hong Kong, protestors that are framed in American media as peaceful and respectful are seen as violent and threatening by the Hong Kong Police Force and the Chinese Communist Party.

In the United States, protestors that are framed in American media as deranged and violent are condemned by their local police departments and the federal government.

Notice any similarities? No matter who you protest and how you do it, it’s clear that the powers that be will twist and mangle actions to be composed as non-civilized and unfounded on any truth. You just can’t win when that happens.

This isn’t the time to pass judgment on whether I think rioting and protest is right and just. Civility is a noun we’ll be hearing day in and day out from the powers that be to describe the means (or lack thereof) by which Hong Kongers demand their freedoms and Black Americans demand their rights. Trying to find a moral high ground regarding the role of protest ignores the situations in front of us in both these instances. We can’t talk about moral high grounds while ignoring an oppressive regime in China and we can’t ignore centuries of oppressing people of color in the United States either.

As much as I’ve been involved in following the destiny of my people in Hong Kong over the years, I want to shift this discussion to the events in the United States. Here’s what’s going to happen over the next few weeks, months, years, and potentially decades: The common “non-confrontational” rhetoric is going to frame Asian Americans as the ones vying for justice peacefully while characterizing Black and Latinx Americans as unruly rioters. It will sometimes be overt, but more often than not it’ll be a subtle form of presentation that you’d never notice until you look closely.

This subtle valorization is the casual language that gets used everyday and perpetuates our biases without us even realizing it.

To Hong Kong, it pains me to see the CCP stabbing the heart of the nation and twisting the knife. I’ll be back someday, and I can only hope to see Hong Kong flourish like it did in the past as one of the last free bastions of Cantonese culture and society on this planet.

To Asian Americans, I simply ask that we stop being complacent. Successful as it may be, putting your head down and ignoring the plight of other people of color may have gotten us to where we are. But if it tugs at your heart the same way it tugs on mine, we both know that maintaining this status quo of inaction in the era of Black Lives Matter and Hong Kong’s Democracy Movement gets us nowhere.

If you’re like me, you’ve kept your head down your whole life because it worked. You avoided trouble to get to where you are and damn you’ve gotten far. As we all know, that is the crux of the model minority myth and the expectation of that has been put on display more than ever in 2020. Don’t let it be twisted. This is just another opportunity for the powers that be to transform our successes and demean the livelihoods of others.

Stay true to who you are and use your place in society to start doing something about the rights being taken away from the people around you. I’m not an expert by any means, but I know that if this boat sinks, we’re all going down together.

Going the extra mile and attempting to put yourself on the line or educate others about these inequalities is difficult. Let’s be real, I don’t think this is going to get across to many older generations of Americans due to the ingrained cultural values they’ve lived through and even helped create. However, this is our chance to effectively educate our peers and future generations.

Most of my readers are highly educated individuals so let’s go out there and do what we do best: Educate and be educated.

I get it, it’s hard. Hell, I’ve never felt that my voice has any validity to it when speaking on these issues but I recognize that others falsely feel the same way. But you know what? I’ll try to start using my voice if you do too.